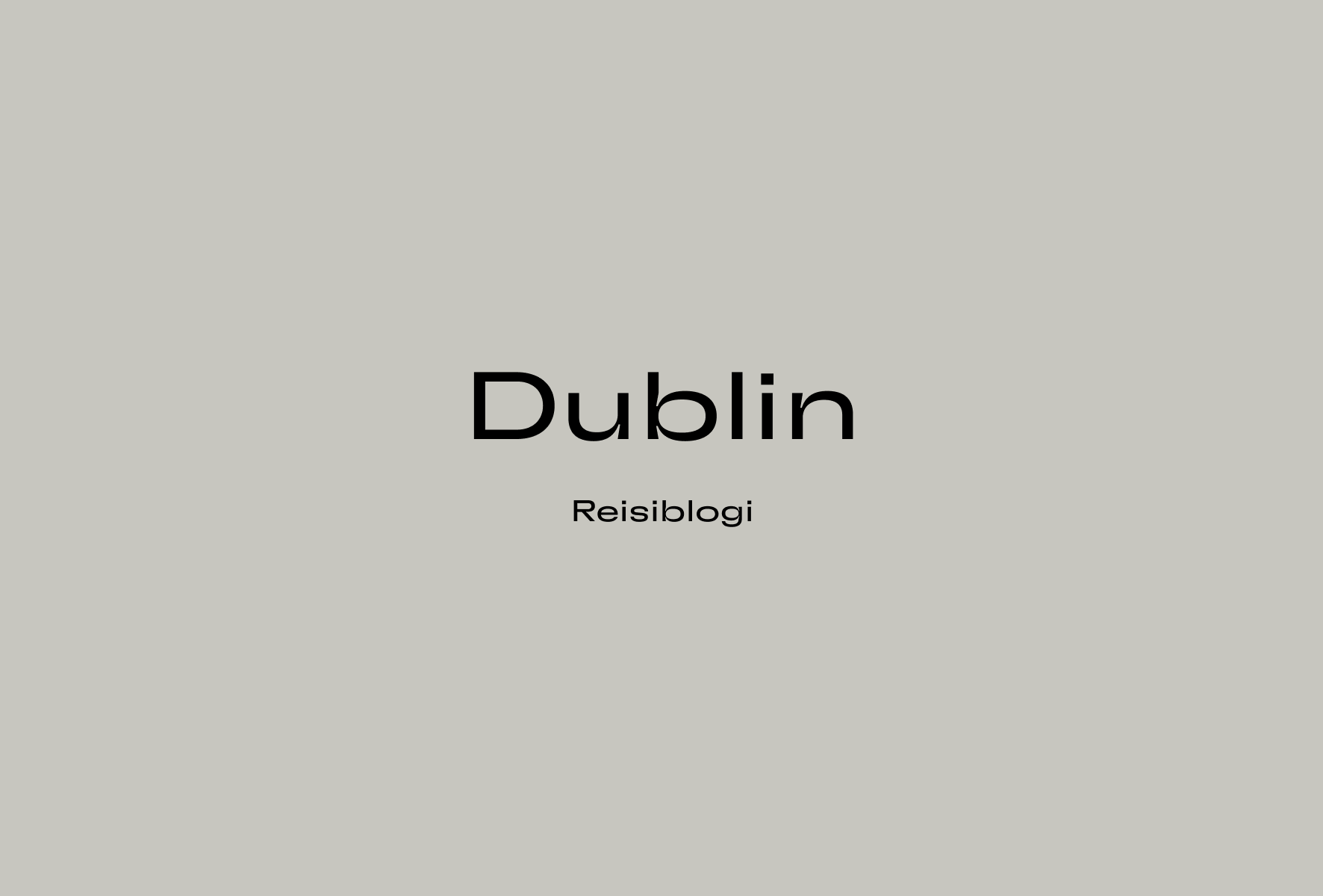 At the end of May, a group of Estonian designers visited the capital of Ireland, Dublin where they visited local design agencies and schools offering design education.

City, which lives on the banks of the river Liffey

Dublin (Baile Átha Cliath in Irish) is the capital of Ireland, located on the east coast of Ireland at the mouth of the River Liffey. The city was founded by the Vikings in 840, and the current population is estimated at just over half a million. The River Liffey is a true symbol of the city and there is a lot of life on the banks of the river and the surrounding streets. The name Dublin comes from the Irish expression “Dubh City” (dubh → black / dark and city → body of water). In Celtic, the name changed slightly, and when the French-speaking Normans conquered Ireland, the city was renamed Develyn or Dublin. It is also said that Dublin has come from the Icelandic djúp bird, which means a deep puddle.

Ireland has always wanted to be independent, but like Estonia, it has been under the influence of the so-called big neighbor. History has also shown a number of wars, all of which have left a fairly deep imprint on the Irish, their culture and their architecture. Until the end of World War II, Dublin was in a bad state and, almost all the greatness of the city was gone, streets were empty, dirty and dilapidated urban space. Major investment in the city did not begin until 1997, when funds were sought to rebuild the capital with the help of public and private investors.

Dublin is known worldwide as a city of literature. It is home to many well-known Nobel Prize winners and well-known literary names such as William Butler Yeats and Oscar Wilde.

There are quite a few similarities with both Dublin and the Irish in general. The historical side already mentioned above, where wars have also been fought for independence and, of course, the existence of a large neighbor, which unfortunately no one can choose.

As Ireland had been under English rule for long time, they could not afford to make much progress in economical development. The Dublin backlog, already mentioned above, has widened far beyond Ireland. There was any decent industry, so the focus went more on the development of services. One of the big selling items is definitely Guinness beer, who’s creamy dark draught has probably been tried by every beer lover. In addition, there are many small breweries in Ireland, which has generally become a trend in Europe in recent years.

Favorable economic and tax policies have also given a major boost to the Irish economy, which is why many global technology companies (Facebook, Google, Microsoft and others) are setting up in Ireland. Their share of the national economy and local employment is large, but it also creates a wage rally compared to other areas and, in a sense, the movement of talent to big companies.

Red Dog has been in Ireland for almost thirty years and has a nice portfolio that is  closely associated with local customers or international brands operating in the Irish market.

Their work has a very European dimension and emphasizes simplicity and performance – as they say, a visual that helps customers do business.

A versatile digital agency, whose awards include prizes and nominations for CSS Design Awards, The Webby Awards, FWA, AWWWARDS and many other competitions. Wondr seems small in nature, as the Dublin headquarters does not show the full potential of the company’s capabilities, but with its international reach and capabilities, they have been named one of the top 10 most capable digital offices in the world.

There are also a number of awards and nominations on their shelves that reflect the quality and thoughtfulness of their work. In addition, they have had time to fight covid with the creation of the Creatives Against Covid 19 initiative, which, with the help of creative people, raised money to fight a Covid19.

National College of Art and Design

NCAD (National College of Art and Design) with a pleasant poem status and standing for a very wide range of creative work in Ireland. In addition to digital, product and fashion design, the school also teaches creative trends typical of Ireland in the classical sense, such as glass blowing, metalwork, etc.

Whenever possible, school encourages the integration of disciplines and cooperation between students. In terms of educational form, the school is mixture of industrial school and college and is well located to play the role of a creative centre in Dublin city centre.

Although Dolmen defines itself as a design studio, they are more focused on engineering. Of course, design plays a big role in their work, but as they say, their activities are made up of the interaction of design and technology. Their most famous client in the portfolio is the local giant Guinness, for whom they have made various solutions for both bars and private consumers.

Also, they have a large proportion of clients in the medical sector, which was also quite popular on the list of other Dublin offices we visited.

The other school we visited was the IADT (Institute of Art Design + Technology). Like NCAD, they offer design education, but focus more on graphic design, moving graphics, and film in general. 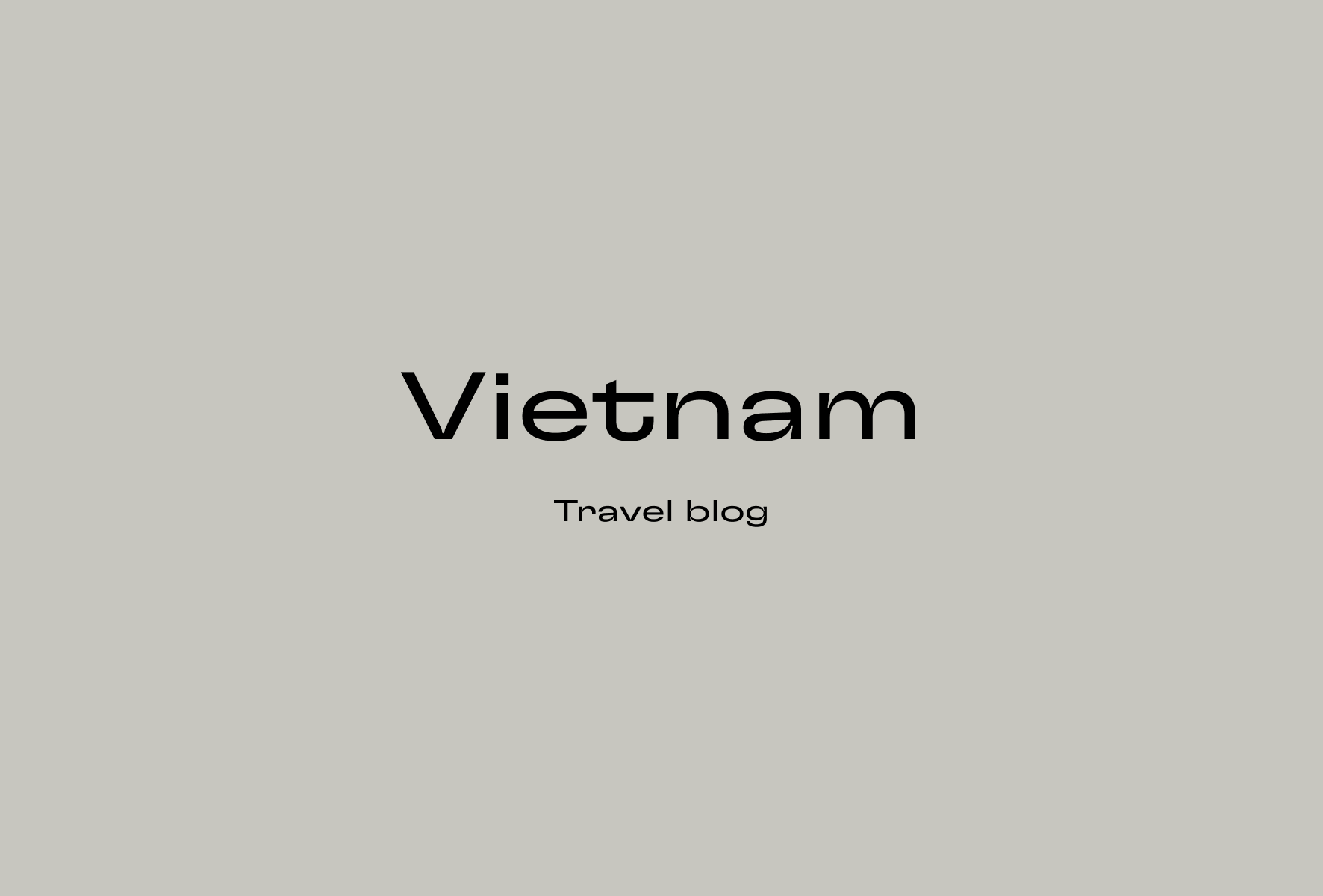 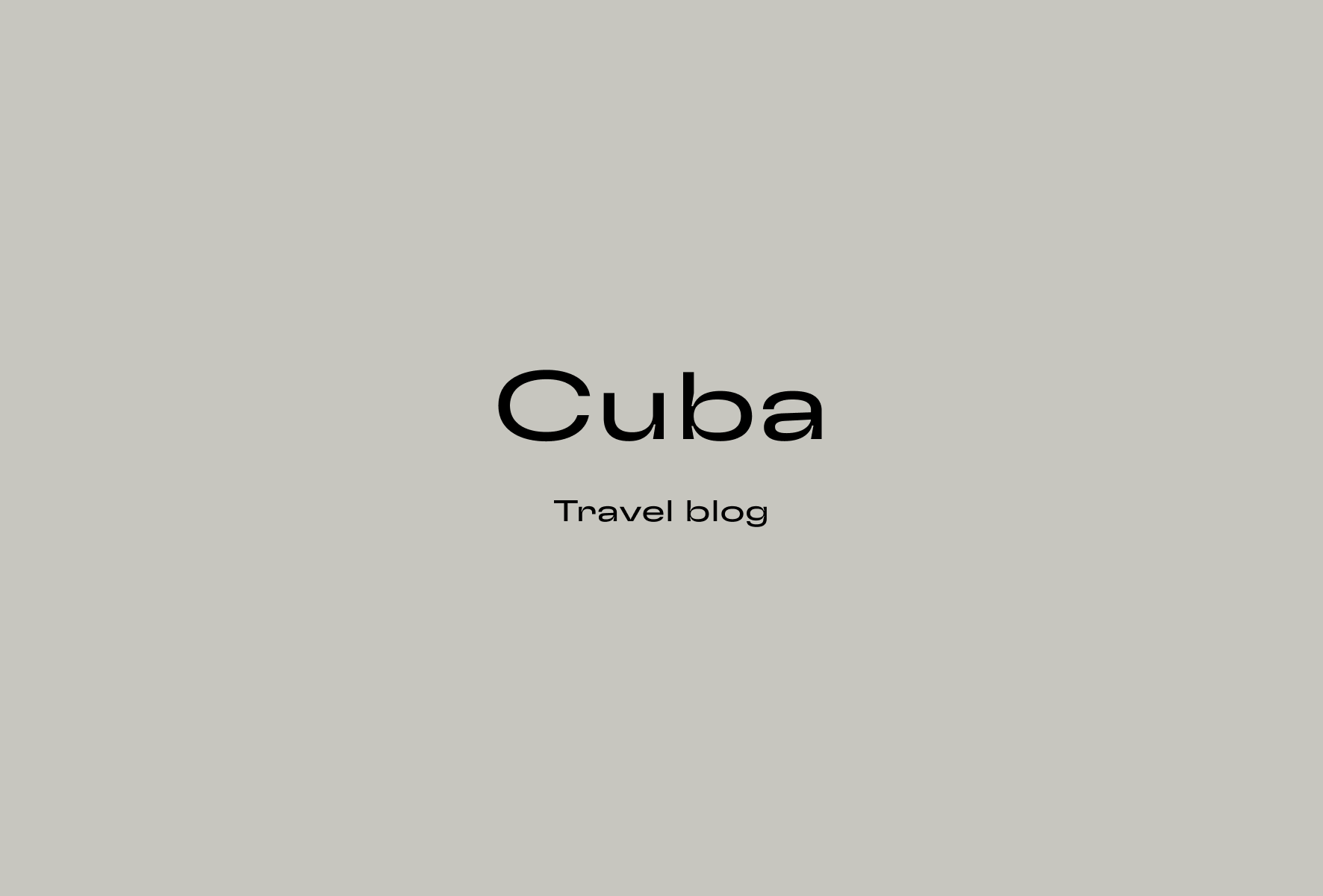 Some of the buildings may have signs for local businesses but most have none at all. It was actually very refreshing to see empty building walls and taxis. 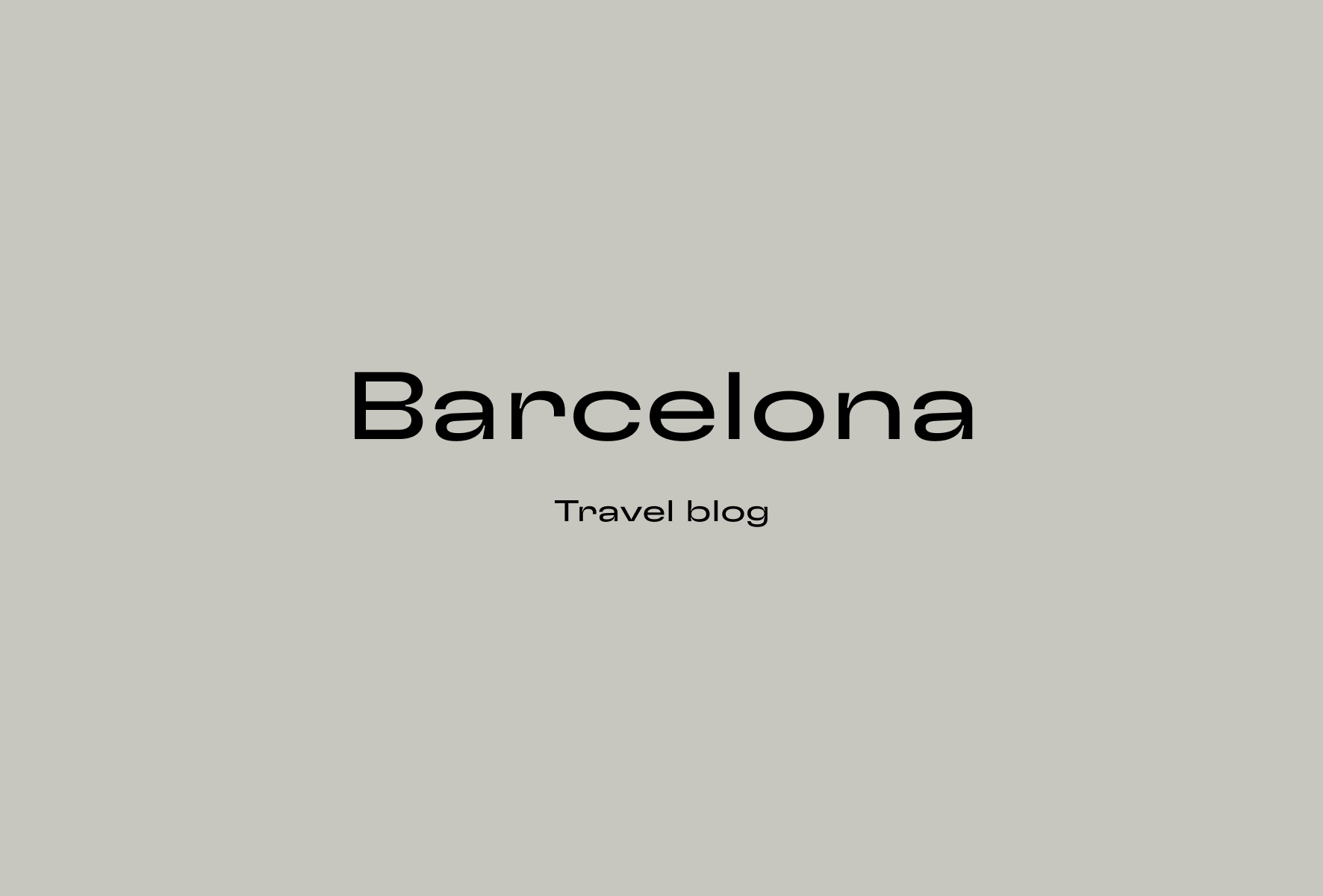 This time the Estonian Design Centre‘s inspiration trip took us to Barcelona, where together with the network of Estonian design companies we took a peek behind the scenes of their local design offices.

Like in Estonia, the rising trend in Barcelona is also the appearance of many Lift99-type shared office spaces and their prices seem to be very reasonable. Another remarkable aspect is the wide variety of choices, in terms of location, size and, of course, price as well.

We visited a smaller company located in a basement in the old town, where they fit about two dozen working places, and we also looked into the work of another company that uses a small part of a sprawling shared office on the seventh floor. So in no way did it seem that in order to do business internationally you need your own exclusive office or a big team. Anything can be done and to the extent that feels comfortable for you. In that sense, what we saw was very relatable and more similar to, for example, Sviiter and other companies in Estonia than what we experienced earlier when visiting companies in Berlin.

Hey Studio – Located in a cosy industrial area, with a very unique, characteristic and strong portfolio. Their main chosen directions are identity, print and packaging, and they certainly do like handicrafts. I also found several parallel lines with our work at Sviiter.

Their characteristic feature, which was pointed out by the local locomotives Veronica and Ricardo, was their heavy use of graphics and avoiding photography as much as possible. They feel that using photography is a good and simple way to create visual solutions, but they don’t convey the actual contents of the matter. While in Estonia using photography is at the top of the choice of different visuals, then looking at the work of Hey Studio, I can say that using photos definitely is not the only option.

Hey Studio also has a successfully functioning web shop, through which they sell the creations of the Hey Studio designers. They said that the web shop got started by chance, when they uploaded some works to the company’s Instagram feed and they turned out to be so popular that people started ordering them separately.

Achos – A wonderfully chaotic company that started from a school assignment that two young men were given and from their plan to prank the world. Despite the teachers and their peers, the friendship between the two developed into a functioning company.

They create solutions with a twist, providing their clients with the opportunity to step out of their everyday routine. Their unending positivity as well as partly perhaps their charming naïveté have led the two men to a business that really makes them smile with each project they undertake – just for the experience, it is definitely worth checking out their “slightly over the top” website.

Two Points – Another company whose main visual language is geared towards graphics. They are dedicated to creating a system that helps them achieve the objectives of projects. The company considers itself to be the creator of visual identity, but they don’t design logos – they create holistic solutions around the name.

From the standpoint of classic identity creation, it is quite a 180, but when you look at it more in-depth, you can see that with this approach, the project has many more options that they can later play with to come up with new solutions. This method is very well suited for long-term projects, whose visual identity or name doesn’t have to be tied down to a logo. Instead, what matters are recurring and renewable elements, a custom made font and a general visual language.

Mucho – With some of the coolest works in Spain, Mucho has accomplished a lot over the past few years and now does work around the whole world. Their latest major clients include, for example, Movistar, PayPal, Dell, and many more.

A year ago in Barcelona, I met Marc, one of Mucho’s heads, when they had just landed their contract with Movistar. Over this past year, they have heavily built up their team, and in addition to offices in Barcelona and San Francisco, they now have offices in Paris and New York as well.